The Lagos State Butchers Association has requested the provision of about 50, hectares of land from the Lagos State Government for ranching and rearing herds of cattle in the state.

Meantime, Lagos State Commissioner for Agriculture, Ms Absiola Olusanya, at a Stakeholders’ Engagement on the Red Meat Value Chain held in Alausa, Ikeja, at the weekend, disclosed that well over 1.8 million herds of cattle and over 1.4 million herds of sheep and goats, respectively, are been consumed in Lagos on an annual basis.

Olusanya, called on the private sector to partner with it to establish feedlots in the state for cattle rearing and fattening in furtherance of its reforms and sanitization of the red meat value chain, stressing that partnership becomes necessary as it would ensure better production and supply of cattle for consumption in the state.

According to her, the feedlots when operational would help revive and resuscitate cows that might have travelled from far cities such as Sokoto, Jalingo, Bauchi and Jigawa among others where they may have come to Lagos before slaughtering them.

Olusanya added that the feedlot system would also help in fattening the cows before taking them to the slaughter slabs which would improve the quality of beef as well as help butchers and meat sellers to make more profit.

“We have been having discussions around the transformation agenda centred on abattoirs, transportation and markets but there is a revised plan to have a more holistic approach to the red meat value chain.

“We are not just focusing on abattoirs alone which are a processing angle, we are starting right from the animal identification and traceability systems, meaning right from the source or point of origination of the cattle.

“That is why we want to establish feedlots in the state so that we can have cattle fattening centres. Having feedlot centres means that the cattle can rest, they can be fattened so that people can make more profit, and you have even more wholesome beef on your table.

“We will like to deliver and achieve all of these things this year if possible, so you can start off with a pilot project. So we want the relevant private sector to partner with us to establish the feedlots, everything is going to be a private sector drive as the government is only going to create the necessary enabling environment.

“So establishing the feedlot system is critical not just for the fattening alone, but for the purpose of rearing the cattle themselves. We have land in Lagos that can be used for this and that is what Mr Babajide Sanwo-Olu wants in the state,” Olusanya stated.

“The idea around the red meat value chain stakeholders’ engagement is to have a sort of conclusion around how the sector should move forward and we will be working with the Butchers Association Lagos State Chapter, which has a membership of over 30,000 butchers.

“Lagos consumes well over 1.8 million herds of cattle and over 1.4 million herds of sheep and goats respectively on an annual basis. Lagos is consuming well over 50 per cent of what Nigeria produces in terms of red meat,” the Commissioner stated.

Earlier, the Chairman, Lagos State Butchers Association, Mr Bamidele Kareem, speaking on the plan to set up feedlots, as well as on the background of suspension of movement of food supplies from the northern part of the country to the southern region, said the association was ready to rear and scale-up meat requirement of consumers in Lagos if the state government would approve their request on the provision of 50, hectares of land for ranching.

According to Kareem, “Since we are the highest consumers of red meat in Nigeria, but we butchers don’t breed cattle, that’s why we encouraging government for feedlots for breeding. Remember in 1946 during the colonial era there were ranches in the Western region and when Chief Obafemi Awolowo became the Premier he expanded it.

“Subsequently, the intervention of the military crumbled it and made it look as if only Fulani who can breed cattle and that’s what we are facing now. Even if we can’t produce what we can consume at the least we can produce substantive quantity.

“We are proposing a land at Imota area of the state to the state government but we understood the government is looking at another land in Epe. We pray it happens soon.”

He said the association was ready to partner with the state government on the establishment of feedlots to boost food security in red meat production but urged the government to address the challenges confronting meat production which include poor economy, epileptic power supply and poor infrastructure among others 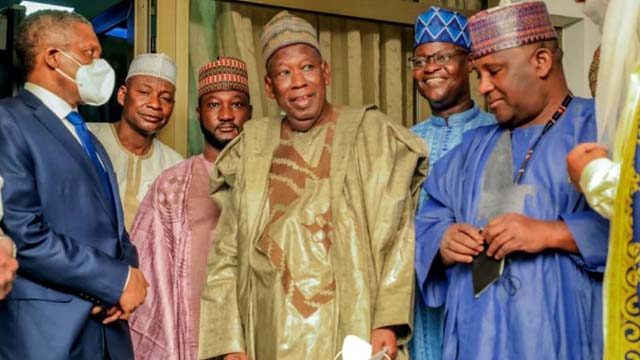