…Set up Amotekun in your regions, Gov Oyetola tasks colleagues

…We’ll discuss it at our forum, says Gov Umahi

…Tasks acting IGP on community policing; asks him to stamp out abuses, impunity in Police

Governor Gboyega Oyetola of Osun State, and his colleagues in the South-South, yesterday, disagreed over the need to set up regional security structures to checkmate the rising wave of insecurity in the country.

While Oyetola urged other geo-political zones to emulate the South-West by setting up structures such as Amotekun to rid their regions of crime, insisting that the centralised policing system is not working, chairman of South-South Governors Forum and governor of Delta State, Ifeanyi Okowa, said it is better to have a centralised police system that should be strengthened for effectiveness.

Similarly, Chairman of South-East Governors Forum and governor of Ebonyi State, Dave Umahi, who spoke through the Secretary to the State Government, SSG, Dr. Ugala Kenneth, said the issue will have to be discussed at a meeting of governors of the region.

The governors spoke on a day Vice-President Yemi Osinbajo tasked acting Inspector-General of Police, Alkali Baba Usman, to restore dignity to the force and rebuild broken bridges of trust with the public.

Governor Oyetola, who threw the challenge at the 2nd Annual Colloquium of the Sultan Maccido Institute for Peace, Leadership and Development Studies, University of Abuja, also blamed worsening insecurity in the country on poverty and illiteracy.

He identified the sources of insecurity as “poverty which creates a gulf between the rich and the poor; inequitable allocation of resources which pits one region against the other; and injustice which makes offended parties resort to self-help and consequently take up arms against the state.”

The governor also identified “illiteracy which makes innocent citizens willing tools at the hands of unscrupulous elites and elements; youth unemployment which makes able-bodied and educated youths susceptible to crime, among others.”

He said the inability of the central police to tackle insecurity effectively led to the creation of Amotekun, the regional security network in the South-west.

“The nation’s conventional security agencies are overstretched and sorely under-funded. The Police once confirmed the sorry state of its manpower when it said the Force needs 155,000 additional hands to effectively police the nation.

“The nation’s security agencies as currently constituted are too centralised and too far from the grassroots to adequately provide the required security for the nation.

“Worse still, they are unfamiliar with the terrains where crimes take place. It is our belief that our people understand the topography of their communities more and can govern them better.

“The nation’s expansive forests have unfortunately become the hideouts of bandits, kidnappers, and other criminals. With the establishment of Amotekun, the forests of the South-West are now better policed.

“Our recent experience where the attempts to confront armed banditry headlong in the North resulted in their incursion into the South-West and other regions that were erroneously perceived to be immune from the insecurity challenge is proof that each region has to be adequately policed for the region to know peace,” the governor said. He also called for collective and concerted efforts to deliver the security that “we desire as a nation as a people.”

His words: “Our recent experience in which insecurity has challenged education, peace, economy and other spheres of life has lent credence to Abraham Maslow’s emplacement of security as one of the foremost in the hierarchy of needs.

“This realisation underscores the need for our leaders and professionals, including traditional rulers, political leaders, academics, religious leaders and corporate leaders, to constantly collaborate to brainstorm on ensuring peace in the nation.

“Security breeds peace, economic and other developments, political stability and good governance. The converse of this is that insecurity is a destroyer of these desirable indices.

“As a people, we must realise that it is only in a safe and secure environment that optimal local commercial activities can take place; foreign investors can be attracted; goods and services can be provided; infrastructure can be built and maintained; public service can be delivered, and social and political activities can take place peacefully. “Therefore, the quest for a sustainable peaceful society must be prioritised as the collective responsibility of all citizens.

“This is because every conflict is local and as such, traditional institutions cannot be left out of the scheme. Traditional rulers know their people and also have better strategies for engaging them. Therefore, we must ride on this to be able to protect our nation from implosion.”

Reacting to Governor Oyetola’s call yesterday, chairman  of the South-South Governors Forum and governor of Delta, Senator Ifeanyi Okowa, who spoke through the State Commissioner for Information, Mr Charles Aniagwu, said: “Our leaders in the South-South are very much concerned about the spate of insecurity in the country and are determined to put heads together to forge a common front and possibly reduce the challenges of insecurity in the region.

“Of course, you know insecurity in the country is no longer  news to anybody, and then the South-South  is not spared in that insecurity which has become the bane of development across the 36 states and the Federal Capital Territory, FCT.

“But, we are also concerned that it would have been better for us to have a national security outfit and at the moment we do have them. We just pray that they are possibly equipped and empowered to be able to deal with the issues of insecurity so that we move away from tokenism of everybody having to be on their own.

“We will not shy away from addressing the challenges as it affects our people but we believe that the Federal Government needs to step up action to deal with these dare-devil criminals; that way everybody is safe.

On whether the South South Governors are prepared to set up their own security outfit like Amotekun,  he said: “The South-South governors have handed that over to the Bayelsa, Rivers, Akwa-Ibom, Cross Rivers, Edo and Delta, BRACED Commission which is a body that deals with issues of common interest in the region to work out the modalities so that we don’t just jump into setting up an outfit that is just in the name and not be able to do what it ought to do.

“But beyond that, you do know that when an outfit is set up, there are some constitutional inhibitions that will still make it impossible for some of these issues to be addressed the way we like it to. And it’s important that Nigerians begin to look at these issues rather than mounting pressure in the wrong quarters.

“For instance, you can’t have some of the heavy weapons other than small arms and light weapons. Some of those heavy weapons that are in the hands of those criminals, you cannot have them without the Federal Government giving you the license to so do. So, even if you set up your outfit, what are you going to be using to equip those outfits?

“When the ability to equip them to be able to confront these dare-devil criminals is largely still being determined by the approval to be given by the Federal Government, that tells you that where everybody should channel their energy, including the other geo-political zones, is how to make the Federal Government secure all of us and for individuals to move away from whatever will divide us.

“Let us look at what will unite us the more. Recall, I did say we will not shy away from the need to protect our people in the region.  Much as we desire to do so, we are much more interested in the common good of our country where our common patrimony lies, the nation, Nigeria.”

Speaking during the decoration of the acting IGP with his new rank at State House, Abuja, Osinbajo told the new Police boss he is assuming office at a turbulent time in the history of the country.

Urging him to implement community policing in order to curb growing insecurity in the land, Osinbajo said: “Let me once again, offer my congratulations to you as new Inspector-General of Police on your appointment. Your selection by Mr. President follows a rigorous process where all eligible Deputy Inspectors-General of Police and Assistant Inspectors-General of police were considered. The president then appointed you as the most senior qualified and eligible officer.

“IG, you are assuming office at a very turbulent time in the life of our people. There are multiple threats to law, order and public safety.  The role of law enforcement and particularly that of the police force as primary agency charged with maintaining law and order has never been more important.  The police is our institution of first resort, the first line of defence against crime and anarchy and the first sign of the strength of the state.

“The challenges before you are indeed onerous and will test your mettle, the organisation you are leading is one that is itself facing several challenges. Your officers work still in extremely difficult conditions. And some face the threat of physical harm by terrorists, hostile non-state actors while in the line of duty but they have lived up to expectations.

“This is an ongoing challenge, an ongoing task the police force and all of the senior members of the police force must take on as a responsibility, that of the continual process of building trust to the Nigerian people. One of the ways you can do this is by implementing the community policing policy which had already taken off and re-conceptualising policing as a task carried out in partnership with local communities and by officers who are members of these localities.

“Under your leadership, the force must live up to all of the highest standards of professional conduct and compliance with the rule of law. It must significantly improve the welfare and working conditions of its officers.”

Osinbajo also tasked the new IGP to stamp out the excesses, abuses and culture of impunity from the police force.

What to expect from me, by Alkali

Speaking with journalists after his decoration, the new IGP promised to put into practice community policing to tackle the worsening security situation in the country.

“I have been a member of the management team and we have been trying to do our best but it is not enough, there is room for improvement.

On whether he was coming with any change in strategy, the Acting IGP said: “Definitely, we are going to rejig our operational strategies.”

On issues of equipment and manpower, the IGP said he had the blessings of President Buhari, adding that he was optimistic that he would get more of what the police had requested through the Police Trust Fund very quickly.

On community policing, he said:  “We will continue to practicalize it. My predecessor left at the theoretical stage, we have started practicalising it but we have not gone far and, therefore, all the methods of practicalising it have been put in place and we are going to continue with it, in collaboration with other stakeholders.” 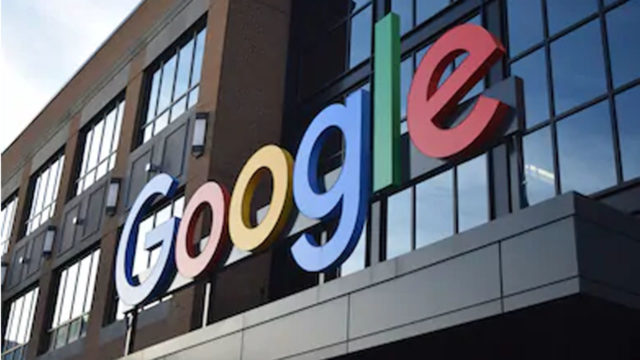 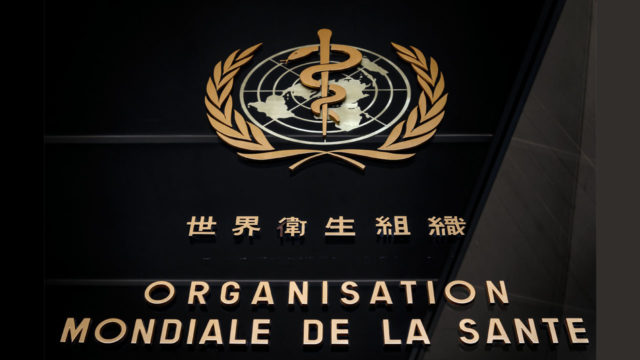