A medical vehicle of the North Kivu hospital is loaded with the body of the driver on a road on the edge of the Virunga National Park near the village of Kibumba, some 25km from Goma, where Italy’s ambassador to the Democratic Republic of Congo, his bodyguard and driver, were killed earlier when their car came under gunfire while he was on a field trip on February 22, 2021. (Photo by ALEXIS HUGUET / AFP)

Italy’s ambassador to the Democratic Republic of Congo was among three people killed on Monday when a UN convoy was ambushed in the country’s troubled east, violence the DRC’s president called a “terrorist attack” and that was blamed on a Rwandan Hutu rebel group.

Luca Attanasio died of his wounds after a World Food Programme (WFP) convoy came under gunfire near Goma while he was on a field trip to visit a school feeding programme, according to a senior diplomatic source in Kinshasa and the WFP.

The Italian government confirmed Attanasio’s death and said an Italian policeman, Vittorio Iacovacci, and a driver it did not identify, had also died.

UN peacekeepers and Congolese troops deployed to the rural area in Kibumba where the attack occurred, walking a dirt track between overgrown brush as they readied to recover bodies and track down the assailants.

A white WFP vehicle had at least one broken window and residents looked on as soldiers made their way through the brush.

A merchant in the area said he saw a body on the ground.

The assailants were “running with the people who were in the cars, in the buses,” Julien Amani Kiza told AFP.

Foreign Minister Luigi Di Maio expressed his “great dismay and immense sorrow”, breaking off from a Brussels meeting with EU counterparts to return to Rome.

In a statement, the DRC’s President Felix Tshisekedi said he “condemns very strongly this terrorist attack” and promised an inquiry.

Earlier, the interior ministry had blamed the killings on “members of the Democratic Forces for the Liberation of Rwanda (FDLR),” a Rwandan Hutu rebel group that has plagued the region for more than a quarter of a century.

Four people were kidnapped, one of whom was later found, the ministry said.

EU chief Ursula von der Leyen expressed “shock” at the attack, in a region “where the population suffers unacceptable violence”.

Troubled region
Attanasio, 43, had been representing Italy in Kinshasa since 2017, first as head of mission, and then as ambassador from October 2019.

The envoy suffered “gunshot wounds to the abdomen” and was taken to a hospital in Goma in critical condition, a diplomat in Kinshasa said.

A vast country the size of continental western Europe, the DRC is grappling with numerous conflicts, especially in its remote, mineral-rich east.

Scores of militias roam the four eastern provinces, many of them a legacy of wars in the 1990s that sucked in countries around central-southern Africa and claimed millions of lives.

According to a US monitor, the Kivu Security Tracker (KST), 122 armed groups were active in North and South Kivu, Ituri and Tanganyika provinces last year.

More than 2,000 civilians were killed, according to UN figures issued last week.

Monday’s attack occurred north of the North Kivu capital of Goma, in Nyiaragongo Territory — one of the most dangerous parts of the country.

The FDLR is one of a number of armed groups operating there.

Some of the group’s founders were involved in the 1994 Rwandan genocide during which the Hutu majority slaughtered 800,000 people, mainly Tutsis but also Hutu moderates.

The group is opposed to the current Rwandan government but has not launched any large-scale offensive in Rwanda since 2001.

In April last year, the FDLR was blamed for killing 12 rangers in the Virunga National Park, a UNESCO-listed wildlife reserve that is home to critically endangered mountain gorillas.

‘Heinous’ attack: UN
Another group in the area north of Goma is a Congolese Tutsi group also known as the Congolese Revolutionary Army, which captured Goma in 2012-2013.

The WFP said Attanasio had been on a fact-finding mission with it.

“The delegation was travelling from Goma to visit a WFP school feeding programme in Rutshuru when the incident took place,” it said in a statement.

“The attack… occurred on a road that had previously been cleared for travel without security escorts.”

But the DRC interior ministry said the security services and provincial authorities had not been given advance warning and was unable to provide security for that reason.

A UN Security Council statement condemned the attack, and “underlined the need to bring perpetrators of these acts to justice”.

‘Uncommon courage’
Attanasio joined the Italian diplomatic service in 2003 and had previously served in Switzerland, Morocco and Nigeria.

He was hailed as “a man gifted with uncommon courage, humanity and professionalism” by Emanuela Del Re, Italy’s deputy foreign minister from 2018 until last month.

“I remember his infectious smile, his class, his great knowledge of African affairs,” she said.

Attanasio is the second European ambassador to have been killed while serving in the DRC. 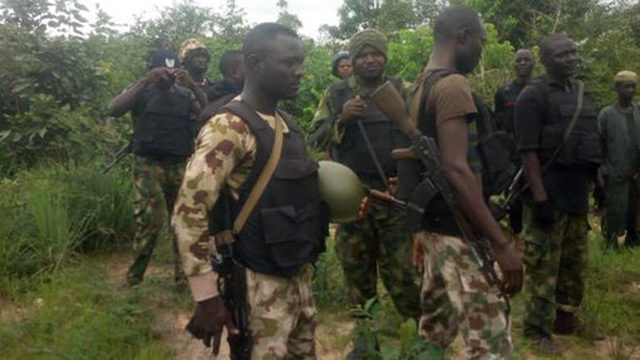