Lyon's striker Ada Hegerberg made a much-anticipated return for the team in the Women's Champions League final victory against Barcelona to tie a legendary record in the UEFA Champions League history. 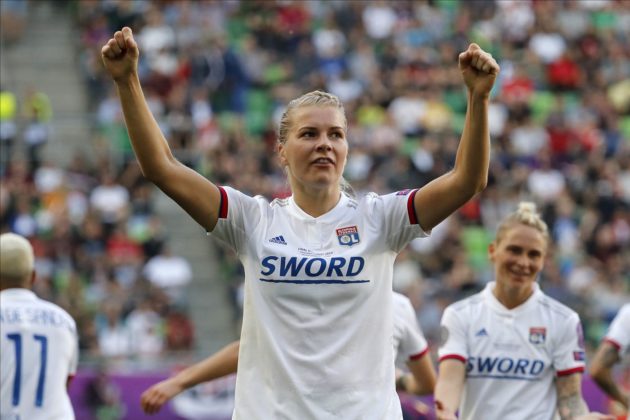 Lyon striker Ada Hegerberg who is the reigning Ballon d'Or winner returned from a 20-month ACL injury to lead her side to a victory in the finals of the UEFA Women's Champions League and also tie a record held by the Real Madrid legend Alfredo Di Stefano.

She tied Alfredo Di Stefano record as the only players in football history to score in four UEFA Champions League finals. The Norwegian striker expressed her excitement to Sky Sports News in an interview where she stated:

"It's everything to me, I feel like a kid going to training every day. I never imagined myself being in this position a year ago, Obviously, I was dreaming to get myself through those tough moments, but it's just such a joy. All the hard work, the disappointments… we've come a long way. On a personal level, the past months and past weeks have been a joy and now being able to play another final again."