The newly-elected chairman of Inter-Party Advisory Council (IPAC), Ambassador Ogar Osim, has assured that his team will work assiduously towards ensuring that the general elections of 2023 will be free of violence and chaos.

Osim spoke to journalists at the end of his election at INEC headquarters Calabar, venue of the exercise.

“Apart from looking at establishing a functional secretariat, we will majorly engage all the active political parties in the state, so that we will have a very peaceful, free and fair general election next year.

“We want to ensure that violence is not allowed and that nobody’s blood will be spilled as a result of the election.”

Osim said ‘servant leadership and teamwork’ shall be the hallmark of his leadership at IPAC.

He disagreed that his election was rancorous, adding that it was only his predecessor who is chairman of Young Progressives Party (YPP), Anthony Bissong, that expressed unhappiness when he realised that he had lost.

Bissong had said the processes were not thorough and appeared that the team from Abuja had interest.

But the National legal adviser of IPAC, Barrister Julius Abure, who presided as chairman of the election committee from Abuja, said the entire processes were very thorough and transparent.

He said they had to reschedule the time for overall convenience of all stakeholders, including INEC and security officials.

“The election was conducted peacefully and satisfactorily. But if anyone feels aggrieved, the person is free to utilise all legal processes to challenge the exercise. Ogar Osim and his exco were freely and peacefully elected.”

Abure said IPAC is one indivisible entity and called on the new exco to work together with the national and state officers.

He cautioned that there should be no cause for crisis,

A former chairman of IPAC in the state and Special Adviser to State Governor on Inter-Party Affairs, Sunday Michael, said they will work with the new exco.

He denied that the government had any interest in the election.

He explained that INEC had the authentic list of participating parties, which was used for the election, which was the reason some of the candidates were jolted.

The election had 13 out of 18 political parties accredited to vote for their choice of candidates. 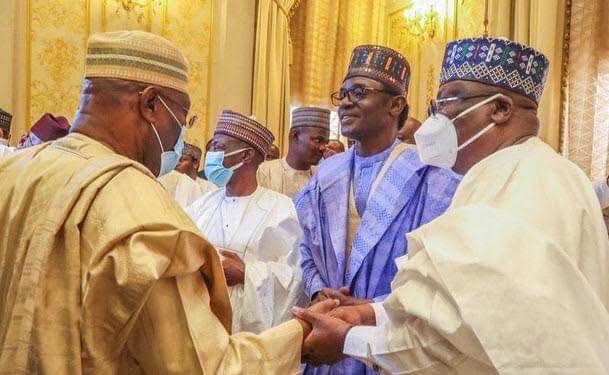