Love your eyes least you lose them 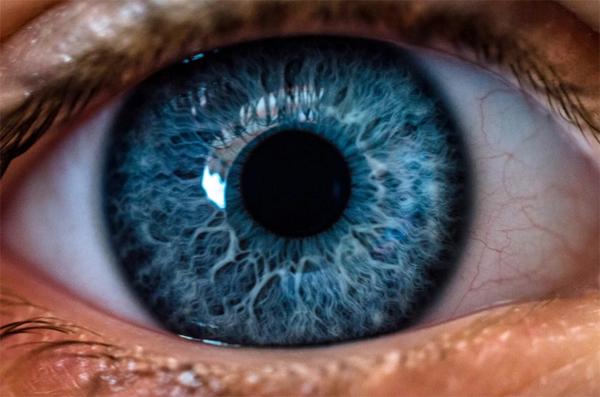 At least one billion people all over the world are needlessly blind or visually impaired, in the sense that their visual impairment or blindness could either have been prevented or have yet to be treated even when a cure or control exists.

This figure, according to the most current statistics from the World Health Organisation, represents almost half of the total number of people visually disabled worldwide. And this is set to increase as populations’ age.

The three leading causes of visual impairment and blindness all over the world include, in descending order, Cataracts (the clouding of the natural lens of the eye), Refractive error (defective focus, as in long or short-sightedness or combinations of such) and Glaucoma (a pressure-related damage of the nerve of the eye).

READ ALSO: Could you take your eyes off those boobs for a minute?!

The onset of difficulty with reading near prints at about 40years is called presbyopia, and constitutes a hugely significant proportion of the visually-impaired, representing up to 826 million people worldwide.

There is however a lopsided distribution of this, as up to 80 per cent of those in Western, Eastern and Central SubSaharan Africa are unaddressed, compared with less than 10% in more developed nations such as in Western Europe, North America Australia and the Asia-Pacific.

This is mainly due to poor awareness and access to spectacles.

Children are not exempt from these phenomena.

It was estimated that there are 1.4million blind children worldwide – 75 per cent of these live in Asia and Africa, with infective (such as measles and other eye infections) and nutritional causes (such as with protein and vitamin A deficiency) being the most frequent causes in low socioeconomic settings.

Other causes include cataracts and related factors, glaucoma, genetic causes and Retinopathy of prematurity with improvement of technology of neonatal care leading to greater survival of premature babies in middle income countries.

Presbyopia and other causes of visual impairment and blindness significantly reduces productivity at work and educational attainment.

In addition, it impairs socialization in sufferers and as a result, increased tendency to deterioration in their mental health.

There is also an increased risk of accidents amongst the visually-impaired. Economically, visual impairment exacts an enormous financial toll globally, to the tune of $270billion annually, representing lost man hours as well as finances expended on treatment of defective vision.

The World Sight day (WSD),  coordinated by the International Agency for the prevention pf blindness, is an international day of awareness focused on eye health globally.

It aims to promote preventive behaviour as well as to encourage embracing treatment where it exists.

This year’s theme, “Love your eyes” is meant to encourage every individual to think about the importance of their own eye health.

The right attitude and practice of proper eye health is bound to lead to a reduction in blindness and visual impairment globally with obvious personal and economic gains.

How can we love our eyes? Every individual should be aware of, and promote to others, salient facts which helpbring about healthy eyes and vision.

Proper antenatal care is important for reduction in premature births and its resultant potentially-blinding eye complications.

Optimal nutrition for pregnant mothers and growing children for healthy eye development resists infections which can lead to blindness by scarring the cornea.
Immunisation of teenage girls against rubella before their reproductive years will reduce incidents of  congenital rubella cataracts in newborns.

Proper personal and environmental sanitation practices reduce eye infections such as trachoma which scar the eyes causing loss of vision.

Regular comprehensive eye checks at the Ophthalmologist’s for all, about 6monthly, particularly for glaucoma screening in adults is important to detect and institute early control of glaucoma.

Regular clinic attendance and eye checks will also lead to early detection and treatment of diabetes-related damage to the retina. Spectacle use for those with defective vision, including childrenhowever young, will ensure proper vision development in children, and optimal academic performance for the young, as well as work place achievement for adults.

Surgical intervention is sight-restoring and should be accessed in conditions like cataracts in both adults and children.

#LOVE YOUR EYES  #EVERYONE COUNTS