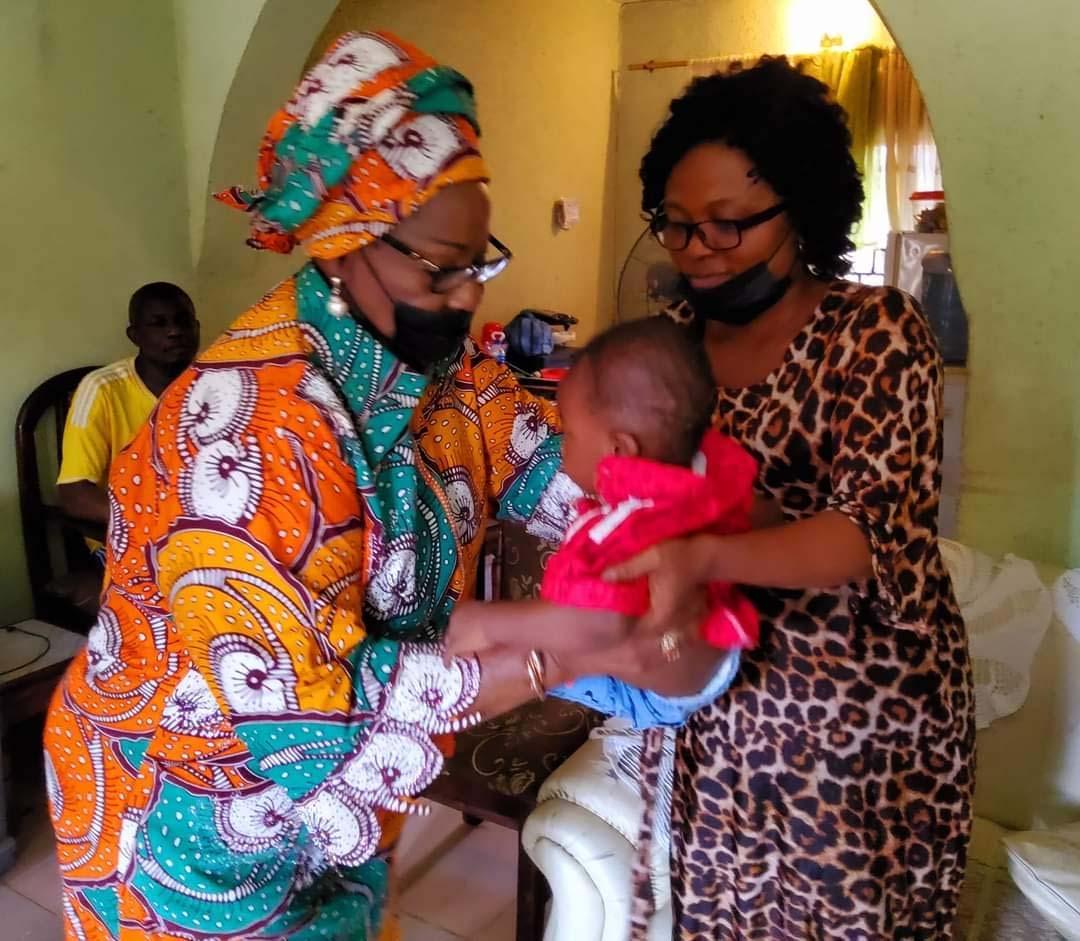 Following the sad news of the death of a couple, Mr. and Mrs. Lawrence Chukwu, their three-year-old daughter, Nazareth and maid, Ukamaka Chukwu, after eating a meal suspected to be poisoned in their residence at Umuchigbo, Iji-Nike in Enugu East Local Government Area of Enugu State, leaving their nine-month-old son, Chidiuto, as the only survivor, Governor Ifeanyi Ugwuanyi has promised that the state government will take full responsibility to ensure that the child does not suffer in any form.

Speaking when a delegation from Gov. Ugwuanyi paid a condolence visit to the extended family of the deceased, who are in custody of the child, the Commissioner for Gender Affairs and Social Development, Rt. Hon. Princess Peace Nnaji, who led the team, conveyed the heartfelt condolences of the governor to the family, describing the incident as a sad development.

The Commissioner stressed that Gov. Ugwuanyi “is really saddened by this ugly development”, adding that “that is why he has sent us to come and condole with the family”.

Princess Nnaji assured the extended family, headed by Mr. Basil Chukwu, that they are not alone in the moment of grief as the government of Enugu State “is going to do everything to make sure it unravels the cause of these deaths so that no other person will be a victim of maybe food poison or whatever”.

She said that the surviving baby is the child of the government and “the governor has given his word that even though these people are no more, the state government is not going to abandon the family (child)”.

The Gender Affairs Commissioner, who prayed for the repose of the deceased persons, on receiving information that the surviving child was breastfed by his late mother before she died and also licked the soup which the victims consumed, after speaking with the Chief Medical Director (CMD) of the ESUT Teaching Hospital, Parklane Enugu, Prof. Hyacinth Onah, directed that the baby be taken to the hospital immediately for proper and extensive medical examination and necessary treatment.

Princess Nnaji thereafter accompanied the child and the family to the hospital saying: “We have decided to take the baby to Parklane hospital; we have just reached the CMD Parklane on phone here; they are waiting for us; we are moving straight with the baby to Parklane and the state government is going to take charge of the child to make sure nothing happens to him.

“All the medical tests, everything that has to be done must be done at the expense of the state government”.

The Commissioner disclosed that the delegation will brief Gov. Ugwuanyi as soon as possible on the information they got from the visit and expressed confidence that the governor in his magnanimity will not allow the child to suffer.

Responding on behalf of the family, the elder brother to late Lawrence, Sylvester Ik. Chukwu thanked Gov. Ugwuanyi for the fatherly love he has shown to them in the trying moment, promising that by the grace of God they will join hands with the state government to take care of the child.

Mr. Chukwu who narrated the efforts the family made to save the lives of the victims while in the hospital, equally appreciated the Commissioner for Gender Affairs for the visit, kind words and encouragement.