The sensational singer expressed how he felt when the ‘African Giant’ brought him on stage at the 02 and why he brought him a gift. 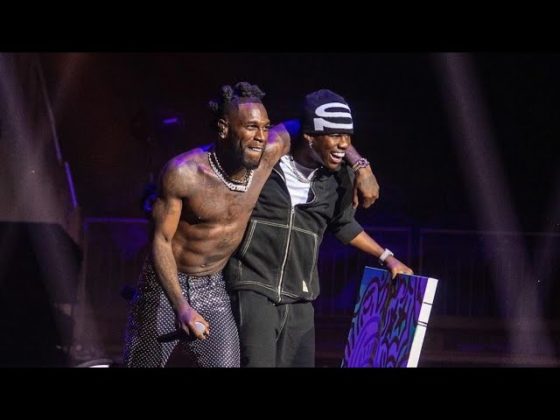 Nigerian sensational singer, Divine Ikubor, popularly known as Rema, has opened up on why he gave Grammy-winning afrobeats star Burna Boy a gift when he brought him out on stage at the iconic 02 Arena.

Recall that Burna Boy sold out the 02 Arena in the UK on the 27th of August 2021, and he brought sensational African acts like Rema, Omah Lay, Ruger, and Ghana’s King Promise to share the stage with him.

Speaking with ace media personality, Adesope Olajide, on his Afrobeats podcast, Rema made it known that he was delighted to have shared a stage with the African Giant, and went on to state that he had to still wait behind to absorb the moment properly even after his set was over.

The Benin city singer, who gifted Burna Boy an art piece on that stage, also stated that he had to make sure he did that due to the opportunity Burna Boy gave him by allowing him to perform at the 02.

According to Rema, he believes in the natural law of showing appreciation, which prompted the gift to Burna Boy from him.